An academic paper published last month by Australian climate scientist, Steven Sherwood and a team of global colleagues, made for sobering reading.

The paper showed that a doubling of atmospheric greenhouse gas (GHG) concentrations – which at our present do-nothing pace, we’ll hit sometime in the next two generations – would most likely push global average temperatures to a range of between about 2.5 degrees and 4.0 degrees Celsius.

There is nothing particularly magical about the 2.0-degree Paris Agreement threshold, but it is a level where scientific research suggests we will start to see serious damage to marine ecosystems (i.e., seafood) and agricultural capacity (i.e., every other kind of food).

As such, the fact that the midpoint of Sherwood’s team’s most-likely temperature range is well above the two-degree threshold is not good news if you or anyone you know enjoys eating three square meals a day.

Even though the use of renewable energy technology has increased rapidly over the last ten years, an extrapolation of even that rapid growth rate will not put us where we need to be in terms of holding temperatures to the lower end (or below!) of the Sherwood team’s calculated range.

We need to make radical transformations to the way we produce and consume the energy, food, and industrial inputs to reduce both the flow of new GHGs into the atmosphere and the stock of GHGs already there.

Joe Madden, CEO of Xpansiv CBL Holding Group (XCHG), makes a strong case that all the elements for a radical reduction – and eventual reversal – in the flow of new GHGs into the atmosphere already exists.

Madden thinks that by shifting the way we measure the value embedded in commodities, we can unleash a nearly unimaginable revolution that will enable us to cut atmospheric carbon levels and maintain a climate conducive to a 2,000-calorie per day diet.

All we have to do is rejigger our 19th century markets to align with 21st century technology and a modern understanding about environmental, social, and governance (ESG) factors.

The lynchpin of a market-led radical transformation is the trend toward ubiquitous digitalization and the vast and expanding pool of data that it creates. How can Big Data reduce GHG emissions? By providing investors the information necessary to allow markets to function efficiently.

Case in point: a tank of gasoline.

When you fill up your tank, do you know where the oil that was refined into your gas was mined?

Whether it was scraped out of an open pit strip mine in the Oil Sands of Alberta or pumped from the depths of the North Sea’s gray waters is completely opaque to you and to every other market participant on the face of the earth.

In a warming world, however, the lack of transparency about the carbon footprint of the commodity you are consuming is a big deal.

Gasoline refined from Oil Sands oil generates almost twice the level of GHG emissions as does North Sea oil. Because the distinction between the carbon intensity of different production methods and sources is opaque to the market, buyers and sellers have no way of showing an economic preference for one product over another.

Without information, markets cannot do what they do best: allocate more resources to better products.

This particular example involves oil and gasoline, but the same can be said about literally all the commodity inputs we take as a matter of fact in our daily lives – food, steel, lumber, electrical power, etc.

The frustrating fact is that much of the data that would allow for market participants to make crucial distinctions already exist thanks to Internet of Things (IoT) technology, Big Data, and the trends towards digitalization of industrial processes.

Oceans of real-time production data and other ancillary metrics are captured by producers and gathered by data aggregators. However, because the structure of commodity markets is set up to deal with standardized, undifferentiable goods (e.g., “5,000 bushels of No. 2 Yellow Corn”), there is no way for them to accept and process multidimensional ESG factor data (e.g., carbon footprint of fertilizer used, energy needed to irrigate field, miles traveled to storage and processing facility, etc.).

Our 19th century, analog market structure ends up blocking buyers and sellers from seeing, assessing, and making economic decisions about the commodities they are trading. This is not a recipe for a healthy, efficient market.

Madden co-founded, Xpansiv — which merged with CBL Markets to create XCHG last year — to increase the transparency of commodity production processes and boost the efficiency of commodity markets. Digital Feedstock can be developed for any commodity, from fuels to agriculture to materials.

Xpansiv operates a next-generation registry (like the carbon credit registries I mentioned in this article) that expands commodity product definitions to include ESG factors.

Xpansiv links ESG-related commodity production data from IoT and Big Data tools and registers that information as a digital asset known as “Digital Feedstock.” Digital Feedstock, just like any other asset, is owned by the party that produced it – the corn grower or the oil driller, for instance.

While this assembly of “Digital Feedstock” might seem mundane at first glance, to people in the markets, it is magical – the modern equivalent of spinning straw into gold.

Digital Feedstock transforms an undifferentiable commodity into a multi-dimensional asset and performs two of three tasks essential for a complete and efficient market:

The third and final step in unleashing the power of markets is… to establish a market.

This part of the process is taken care of by XCHG’s CBL Markets, which allows for Digital Feedstock to be traded separate from the underlying commodity, or, depending on the underlying asset, to be bundled with the physical commodity on delivery if that is what the buyer wants.

In a rapidly warming world in which limiting carbon emissions has real value, Digital Feedstock products allow market participants to determine exactly what that value is.

The best products win. Inferior products die. This is the awesome power of well-functioning markets.

For commodity producers and consumers in markets where carbon intensity is regulated (e.g., California or the European Union), the ability to generate and “retire” Digital Feedstock provides new ways to meet regulatory requirements, creating economic upside and reducing downside risk.

The gentle reader must be thinking by this point, “Okay – great. This Digital Feedstock stuff is fine – you can trade it like a carbon credit. So what? You promised me a transformational reduction in GHG emissions but you just keep banging on about something that reminds me of Bitcoin!”

The fact is that digitization has produced such enormous, transformational changes to our daily lives that sometimes we forget how great those changes have been.

A perfect example is the music industry. Music industry sales peaked in 1999, the same year a digital service – Napster – came into being. Sixteen years after peaking, music industry sales had dropped by more than two thirds – from around $21 billion to less than $7 billion. Today, streaming has overwhelmingly unseated the purchase of music in either physical or digital form.

The fact that today no one spends time thumbing through albums in a record store is a perfect, recent example of the power of a paradigm shift brought about by digitization and consumer choice.

Madden’s position is that if we can unleash that power – creating digital assets to allow greater visibility and choices to producers and consumers – we can usher in a paradigm shift as drastic as the one in the music industry and with infinitely greater impact.

Check the IPCC site and figure out what it would mean if carbon emissions fell by two thirds (or more) in 16 years as record sales did. That is the kind of radical transformation we need now. Incremental measures have availed us too little so far – as the Sherwood team’s research has shown us.

Last summer, I wrote an article relating a mind-blowing conversation I had with an executive at Oxy Low Carbon Ventures regarding his company’s investment in Direct Air Capture (DAC) pioneer, Carbon Engineering. The executive was envisioning a day when a limited and reusable global pool of carbon was traded on an open market to be transformed into different end products — plastics or jet fuel or fertilizer.

As I was speaking with Madden, I mentioned the conversation with the Oxy executive and he told me that, in fact, the person with whom I had been speaking is one of XCHG’s most important recent investors. Oxy scooped me on this story half a year ago and did so with a very big check. Time to follow the smart money, I’d say.

Oxy and Madden know, as I do, that markets if structured well, have the power to radically reshape paradigms. In the interest of humanity’s continued thriving, let’s put them to work! 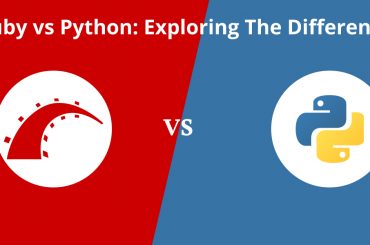 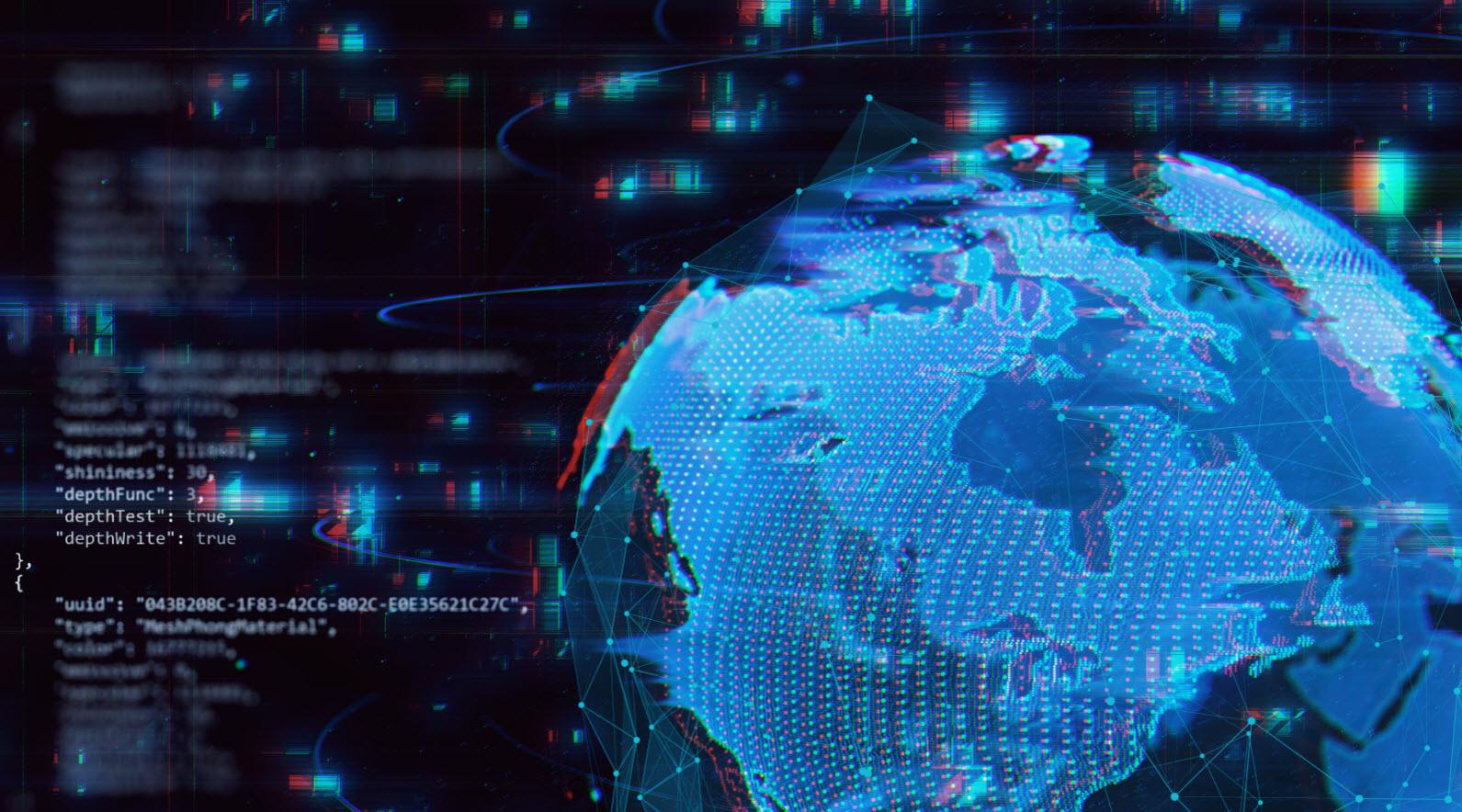